Motivated by a Desire to Give

In 2006, Donald Buerkel established the Buerkel-Zoellner Foundation in honor of his parents, George and Marion Buerkel, and grandparents, Oscar and Ella Zoellner.

This site honors and administers Don's ongoing vision and generosity. 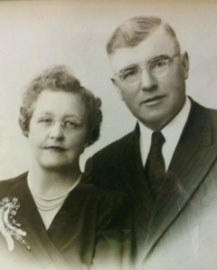 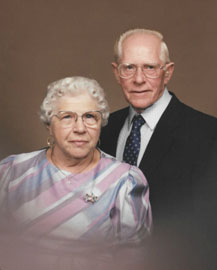 In 2006, Donald Buerkel established the Buerkel-Zoellner Foundation in honor of his parents, George and Marion Buerkel, and grandparents, Oscar and Ella Zoellner.   This site is a tribute to these family members and administers Don's ongoing vision and generosity.

Don was one of three children of George and Marion Buerkel and became a teacher and renowned potter.  His love of nature, the environment, and its animals all influenced aspects of his life.

He chose to encourage education and community enhancement through the Foundation by awarding both scholarships and community grants.  These grants emphasize creativity in education, arts, history, religion, and the broad spectrum of the liberal arts community.

Don died in 2014 after living in the North Powder, Oregon area for most of his later years.   The Board of Directors of the Foundation who served upon his death are composed of his trusted friends and family.   Through the years they have aspired to further the framework of the Foundation's goals and select recipients whose goals are in accordance with the desires of the benefactors.

Beginning in 2015, the Foundation has awarded educational scholarships to North Powder graduates with an opportunity for them to have a one year renewal.   The community grants are eligible to organizations in the Baker County and North Powder geographical area.